As a part of ‘World Tuberculosis Day’ our second year B.Sc Nursing students and teaching faculty Mrs.Jisha S Nair and Suraja Sathish participated in a programme conducted by Tuberculosis Cell, Kohenchery Govt Hospital on 24.03.2019. The programme was started with inaugural Session and a Rally. Five Nursing colleges from pathanamthitta district and Kozhenchery Govt Hospital, TB cell staff were participated in the Rally. Followed by that a TB awareness class and a general meeting was conducted on the basis of the theme TB day 2019. The theme is “Its time to get ready for TB day 2019”. Various cultural programmes also was conducted by the students. The programme was very effective for the students.

The SNA election of the academic year 2018-19 was conducted on 19/01/2019, Saturday at 4:00 pm in the college Auditorium it was co-ordinated by SNA advisor Mrs.Saritha Thampi and SNA representatives the election was conducted to fill the three representatives for the next academic year that is vice president, secretary and treasurer. 3 persons were selected from each batch from second year to 4th years. About 144 students voted of which Ms.Jeby George-IV yr was selected as Vice President, Ms.Aparna Sarath –III Yr as Treasurer, Ms.Ponnu Eldhose- IV Yr as Secretary 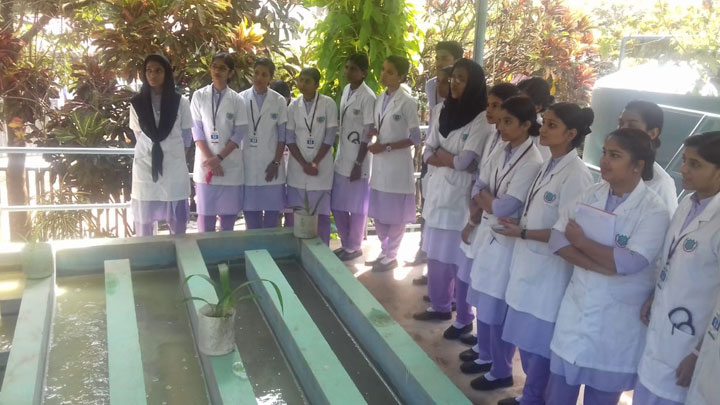 As a part of the requirement of Community Health Nursing of the II Year B.Sc Nursing, the 38 students of Chitra College of Nursing along with 2 Staffs visited the Water Purification Plant, Mangaram Pandalam on 08.12.2018 at 9.30 am. Nodal Officer Mr.Ajaykumar welcomed us and introduced about the infrastructure of the plant for a period of 15 mins. After that he divided the students into 3 groups and given the responsibility to their subordinates Mr. Robin, Mr.Sethu and Mr.Ajay. At 12’o clock the class session were over and the Incharge given a group work for the students to prepare a hand module based on water purification plant. It provoked student’s interest. Student Representatives presented the module. At 3’o clock the Valedictory session was started and vote of thanks was given by Mr.Sethu. Thus it was an impressive visit by gaining more practical knowledge about water plant. 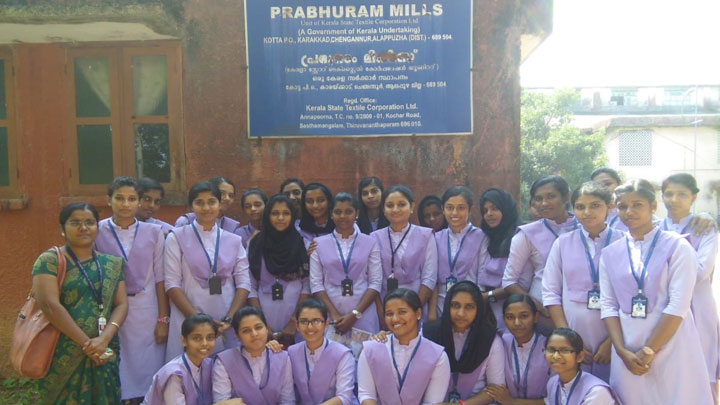 As a part of the curriculum requirement of fourth year B.Sc Nursing, 37 students of Chitra College of Nursing, were visited the Prabhuram Mills, Factory, Kotta, Chengannur on 10th March 2018. The main objective of the visit is to study the functioning of occupational centre and understand about the various occupational diseases and its prevention and controlled. The students got knowledge regarding the importance of occupational health nursing after this visit. As a part of Community Health Nursing requirement 30 students from 4th year BSc nursing visited the leprosy Nooranadu on with 2 faculty member of Chitra College of Nursing. There we were welcomed by Dr. Lekha civil surgeon of Leprosy Sanatorium then NMS Introduced him and given a brief orientation. After that Dr.Lekha took a detailed class regarding leprosy and leprosy Sanatorium. She explained everything about leprosy. The consultative agent, clinical features management of Leprosy and history and development of Leprosy Sanatorium its organization, staffing pattern, their government supply of food and other things etc explained in very detailed manner after her class the students have seen the entire leprosy Sanatorium and its wards with NMS and the facilities. The visit was very informative and interesting this day will be very memorable one throughout the entire life.